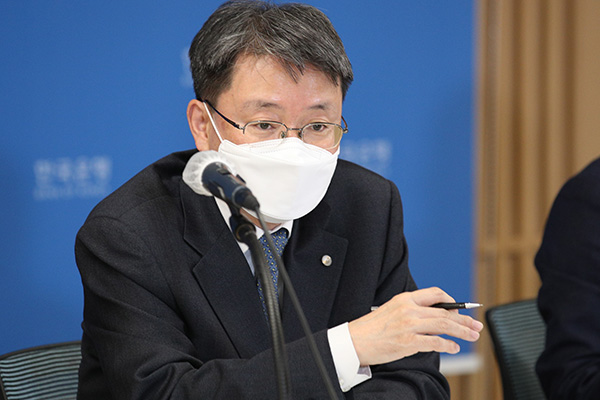 The Bank of Korea will be supplying “unlimited” liquidity to financial companies over the next three months.

The bank’s Monetary Policy Board announced Thursday that it had decided to conduct weekly repo auctions to supply an unlimited amount of liquidity to markets from April to June.

The bank explained that the unprecedented move aims to stabilize financial markets and support government programs to assist individuals and banks. It explained that that the move differs little from the so-called “quantitative easing” measures being undertaken by central banks in the United States and elsewhere.

During the repo auctions, to be held every Tuesday, financial institutions that can deposit government debt as collateral can borrow money at an interest rate of no higher than 0.85 percent.

The Bank of Korea added it would decide whether to extend the auctions through July and beyond after examining the market situation and the results of the auctions.

Handicapping The Future Of Financial Markets

Bitcoin drops nearly 8% as financial markets continue to crash amid the global pandemic.

Checking in on the Real Estate Market in Southeast Connecticut

Edward Snowden Buying Bitcoin Because ‘Too Much Panic, Too Little Reason’ – BeInCrypto

Fitness coach Joe Wicks has said he is donating “every single penny” of the money made by his online PE sessions to the...

The coronavirus crisis is exposing how the economy was not strong as it seemed...

India will emerge as the fastest growing economy among the G20 countries even as Economist Intelligence Unit (EIU) has slashed India’s GDP growth...

Business World Report Provides The Latest Stock Market, Financial And Business News From Around The World And Much More,
Contact us: contact@businessworldreport.com.

Fintech, Financial Institutions and The Customer Search for a Better Experience

The coronavirus crisis is exposing how the economy was not strong as it seemed...

© Copyright 2019 - Business World Report- All Right Reserved
We use cookies to ensure that we give you the best experience on our website. If you continue to use this site we will assume that you are happy with it.Ok